I am Very very happy to have my very special friend Lea in the Lair today (we are discovering weird coincidences all over our lives... something paranormal is going on here!!), with her new release, The Audition! I will let her do the talking!


You could call this book a writing challenge, as a good friend of mine came up with the idea for a seriously hot gay ménage scene to happen during a film audition and asked me to write a story with it, and I obliged. But since I thought the ménage bit in itself wasn’t enough to make a book – I needed complementary plot elements – I seized the opportunity to experiment a little with a side story. I picked my brain and chose a cold-blooded criminal’s perspective, one I’m well familiar with after writing the crime thriller Wild Hearted. But how to weave two entirely different worlds such as the movie industry and the drug dealing business together and make the resulting story plausible? Heh, read and find out:


Ruthless drug lord Ricardo “El Loco” Ferrer launders his black money by investing in movie productions. As a teen, he learned to enjoy blow jobs in jail. Now a man of power, his favorite pastime is checking out new acting talent…and convincing them to “please” the team of producers.


Young wannabe actor Jaden Moore comes to a shady side of town to audition for a movie part. He longs to shine, wants to walk the red carpet with cameras flashing and a crowd cheering. He assures the film director and the investors he’ll do anything to reach the top, but is he willing to comply with their dirty fantasies?


According to reviewers, this novella is “gritty and not for the faint hearted”, but “the heat level was off the charts”. I hope you’ll enjoy the read! 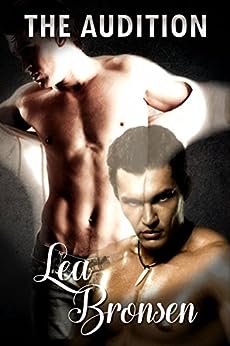 
Rico flashed Jaden his best playboy smile and opened his shirt button by button. It usually had the effect he wanted. He took great care of his body. The other job demanded he stay in tip-top shape, and the result came in handy during this part of the audition. Most young people found difficult to resist a tanned, well-built, and slightly sweaty chest.


Rico grinned. Once the shirt hung loose, displaying his neat washboard of a stomach, he palmed his crotch. This part of the game, he savored. Closing his eyes, he rubbed the outline of his stiff length through his pants, up and down, slowly. “Do you have any idea what you’re doing to me?” He drew an exaggerated breath.


Was the kid going to refuse playing, now that they’d gone so far? It would be a shame. Rico liked him. Jaden had proven worthy. A wide range of emotions boiled in him, and it didn’t take much coaxing to have him spill them out with raging honesty. That, Rico respected. “El Loco” may be a heartless son of a bitch, but he recognized uprigthness and integrity. He would never hurt someone fighting tooth and nail for noble values.


More, Jaden triggered something in Rico that he wasn’t unwilling to explore, given the right circumstances. He’d spent the past two decades a lonely man, and to be honest, it began to wear on him. What the terms for changing—improving—a part of his life were, he didn’t know yet. And it wasn’t without risk: he’d spent those years building a shell so no one could touch him. There were certain things guns couldn’t protect him from.


He reopened his eyes.


At the same time, Jaden flicked his gaze up, searching Rico’s. “I thought you said I got the movie part?”


“Oh,” the kid said, in a choked tone that almost tore a laugh out of Rico. That, and his reddish complexion, told Rico he could continue playing.


In one swift move, he zipped down his pants to let the beast loose. “Look,” he said, voice tight, grabbing his swollen cock at the base and making the entire length swing from side to side. “You see this, Jaden? You’re the one doing it to me.” He moved forward, stroking his hard shaft, until mere inches separated them. Jaden’s warm breaths blew on his face. “Do you like what you see?”

Get the book at


Add it to your shelf on
Goodreads 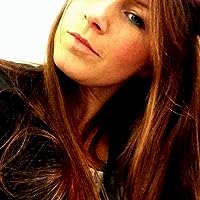 
For more information about Lea Bronsen

Posted by Katherine Wyvern at 06:00